The closing ceremony and handing diplomas for the IV Master in Classical Guitar Performance, University  of Alicante was held on June 27, 2016 at 18:00 in the conference room of “la Sede” of the University of Alicante.

An emotional and touching ceremony that began with a brief speech of the director of the Master Juan Antonio Roche. Next featured master students offered a recital: 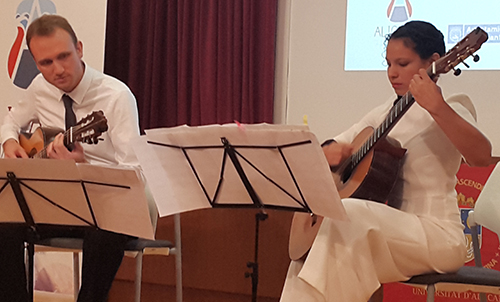 After the recital, it was the awarding of diplomas to students of the fourth edition of the master. In charge D. Enrique Herreros (Vice President for Studies Planning, Training Actions & Quality Standards, University of Alicante) accompanied by Sofía Morales (Councillor for public treasury of Alicante Townhall) and by César Augusto Asencio (Provincial Council’s cultural Coordinator). 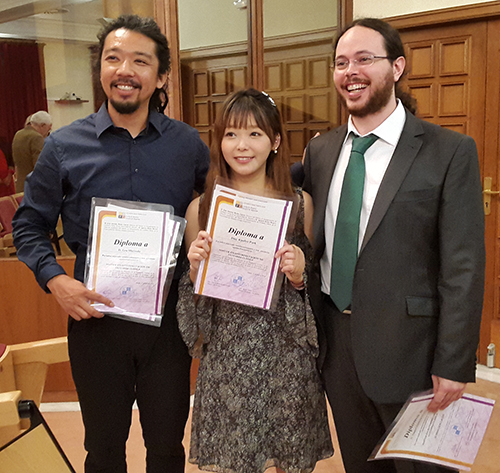 Laura Escalera representing the sutdents, said a words of thanks.

It was closed with a speech of the vice President for Studies Planning, Training Actions & Quality Standards, University of Alicante, Mr, Enrique Herreros.