Each year the Banco Sabadell Foundation grants two scholarships of 6,000 euros for the payment of the enrollment fees of two Spanish students in the Master in Classical Guitar Performance at University of Alicante. The guitarists selected in the VIII edition (2020) have been Jara Benítez Romero and for the first time, due to his special circumstances, a Syrian student Omar Jammoul.

The scholarships were awarded at the opening ceremony by Ms. Ana Ponsoda, regional director Alicante Centro of  Banco Sabadell on behalf of the Banco Sabadell Foundation. 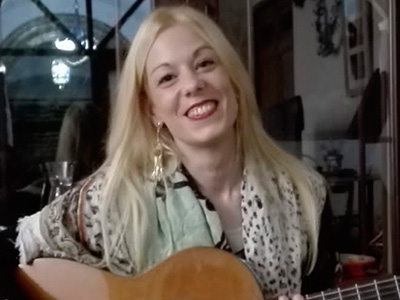 «Thanks to the help granted by the Banco Sabadell Foundation, I have been able to continue my professional development as a guitarist. This opportunity offers a unique experience that will help me to enrich myself personally and for all this, I will take advantage and dispose of my best and remember it for a lifetime » 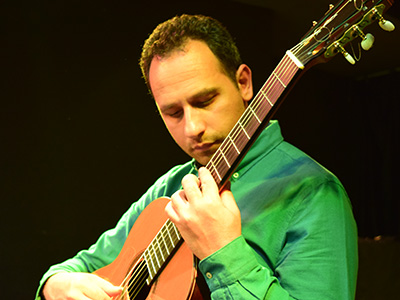 «The Banco Sabadell Foundation scholarship gave me a unique opportunity to allow me to attend the master in classical guitar performance. It is a dream and without the scholarship I could not have fulfilled it. All my thanks to the Foundation for this great gift »

Born in Barcelona, s​​he began his music studies in the specialty of classical guitar at the age of 9, at the Rafael Orozco Superior Conservatory of Music in Córdoba with Professor Jaime Rodriguez Torronteras, later he continued her studies with Manuel Abella, with both teachers obtained Honors in the first year, finally finished her degree with Professor Maria Trinidad Molina Ramiro.

She was part of the Young Performers Series of Córdoba in 2002 and in 2004 she was hired by the City Council of Córdoba to participate in cultural activities as a solo performer. He has received master classes from David Russell, Ricardo Gallén, Manuel Barrueco, Joaquín Clerch, Carles Trepat, Roland Dyens, among others.

Jara has developed her work as a teacher. In 2017-2018 at the Municipal School of Music of Valdemoro, and in 2018-2019 at the Academia Tararea Musical Laboratory of Córdoba.

She is currently working on Kilema’s latest album, “Ampy Zay”, an African musician who belonged to the musical group “Justin Vali Trio” directed by Peter Gabriel.

Bachelor of Music from the Higher Institute of Music in Damascus, Syria; in the specialty of Classical Guitar Performance with the teacher Mazen Saleh. As well as, in Harmony and Composition as a second specialty.

He has attended different master classes with great figures from the world of guitar, such as: Leo Brouwer, Pepe Romero, Sérgio Assad, Carmelo Martínez, Joaquín Clerch or Carlo Marchione.

In 2017, he won the Scholarship Award from the Ettijahat Foundation Arts Laboratory, for his project Works by Syrian Composers for Classical Guitar. He was selected to perform concerts within the MusaE Project, by the Spanish Ministry of Education, Culture and Sports.

He has performed as a soloist, in chamber music groups and with symphony orchestras in Syria, Lebanon, Germany, the Netherlands and Spain.

He combines his concert career with education working as a teacher in both Syria and Spain.